Developing Vue applications with multiple environment targets like test, staging and production? Use Vue modes to configure your app! 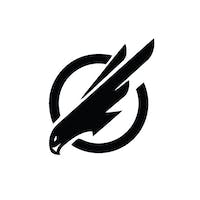 Subscribe to my newsletter and never miss my upcoming articles

It's important to know that vue-cli-service sets default modes for you:

Create a file called .env at the root of your project and define a variable called VUE_APP_MESSAGE.

This message will now be injected into your application as process.env.VUE_APP_MESSAGE. Go to src/App.vue and change it to use the message as a computed value and display it.

Run npm run serve to serve the application for local development. Then open your browser and go to localhost:8080. Your message should appear.

You have now successfully read an environment variable in Vue! Let's see how we can have a different message in local development and production builds.

Vue CLI will load .env-files based on the filename convention .env.[mode]. Rename the file .env to .env.development. Create a new file next to it called .env.production and write a new message for the production app.

Restart npm run serve and "Message for development" should still appear, as expected. This means that Vue CLI now fetched the message from the file .env.development.

Now, if you build your app with npm run build, the message from .env.production will be used and the message "Message for production" is shown in your production app when deployed.

We have successfully configured a different message for local development and production builds!

You can override Vue CLI's default modes by setting a --mode flag on the vue-cli-service commands. This is useful for

If you switch between environments a lot or build for multiple environment targets I recommend using npm scripts in package.json so you don't have to remember all the details. Here are some examples you can use in the scripts section in package.json: